I took one last look at the golf courses early Saturday morning before the latest snow arrived; which looks like it might actually stick around this time.
I was looking for areas covered in ice on the greens.  The Heritage Greens were all ice free, two greens on Greywalls had minor ice covered areas on them.  Long durational sealing ice cover is deadly after a few months on the Heritage greens because of the higher Poa population.  The Bentgrass on the Greywalls greens can tolerate ice cover a month or two longer. 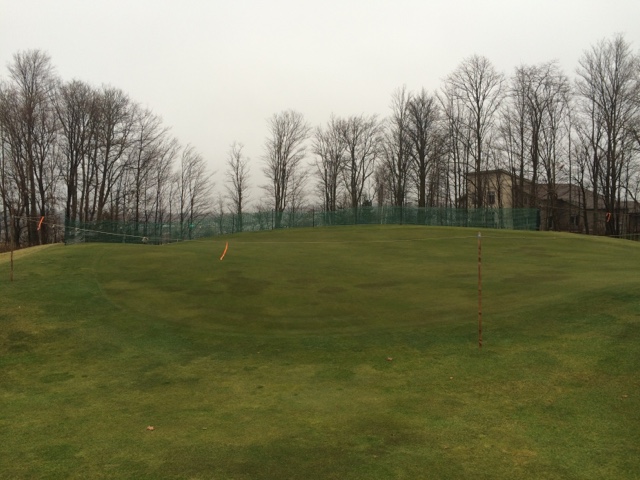 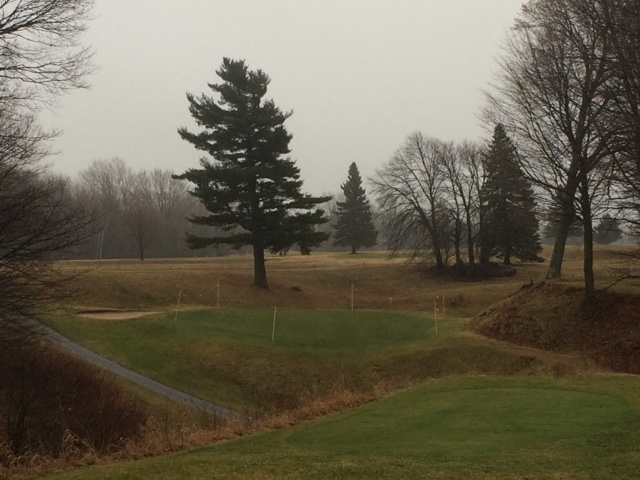 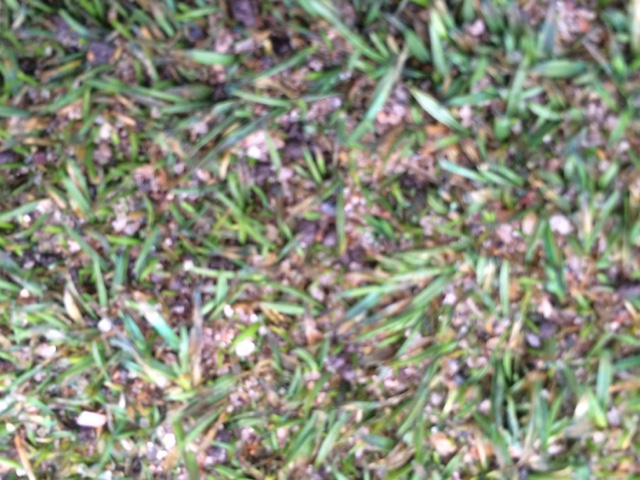 Close up of 4 green- the longer blades are Bentgrass as the Poa is mostly covered in our heavy protective sand topdressing. 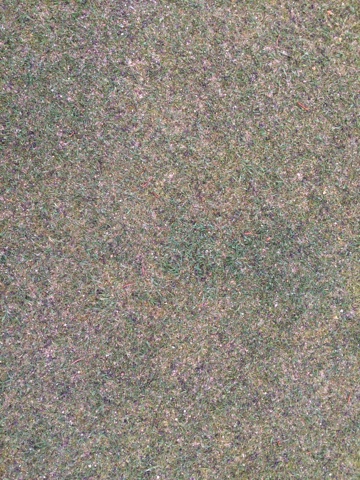 Heavy Sand topdressing still protecting the green surfaces even after all of the late fall/winter rains. 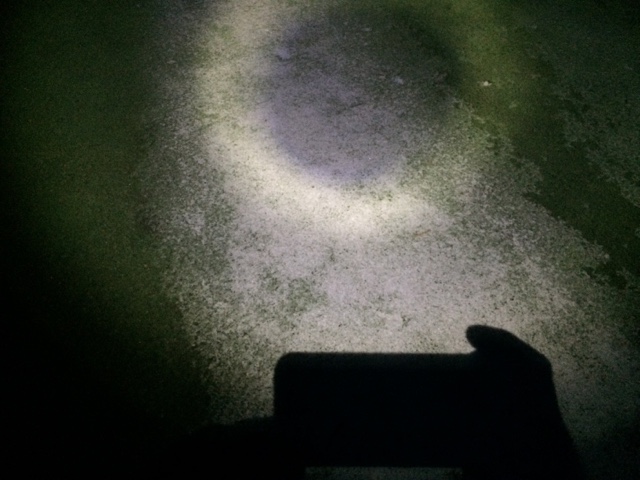 Ice on 11 green Greywalls
The last of the runoff from the green bank was trying to leave the surface but froze up before it could.  The good news is Most of the ice is white and not solid black; which is the most damaging. 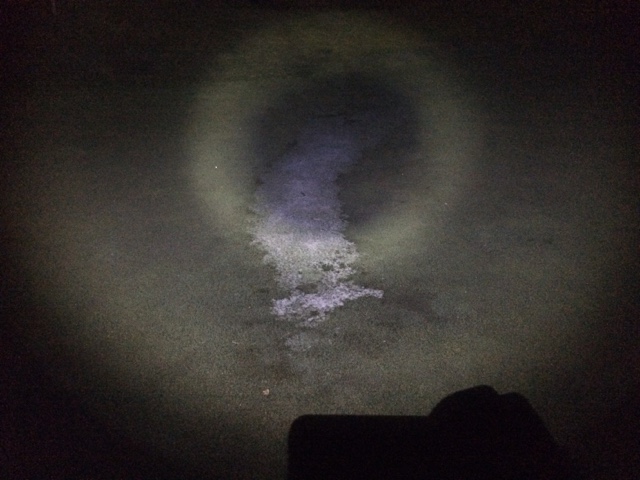 More ice on the back of 11 green, still mostly white ice. 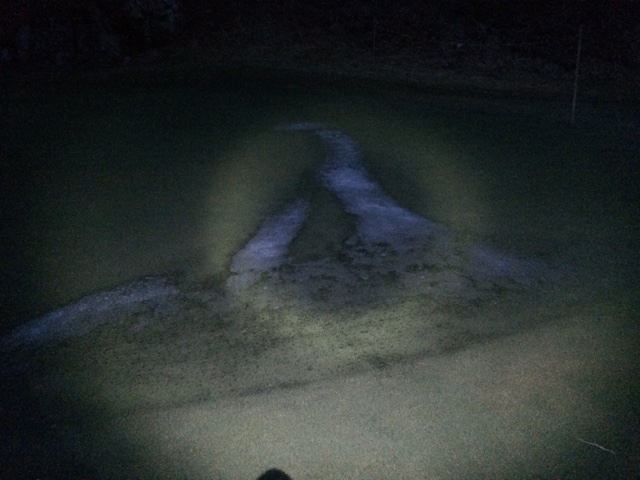 Ice on 5 green Greywalls.  Another couple of hours of above freezing temperatures and this water would have been gone.  The ice is again almost all white with air pockets on it.
Two+ months of rain, snow, melting snow, more rain all with temperatures above freezing has me a little concerned about the fate of our protective fungicides.  Our above average temperatures never got warm enough for our plants to break dormancy so I am not concerned about the longevity of our systemic fungicides; the contact fungicides we applied are a different story. Contacts would last all winter if snow followed soon after the application, but as we all know that did not happen.  Many inches of rain removed the products from the leaf surfaces one drop at a time.  We had no ability to reapply so we will hope for an early spring to reduce the potential of snowmold damage.  I believe the heavy sand topdressing we applied after the fungicide application protected most of the contact fungicides on the plant leaves from getting washed off with rain.  The sand was applied on the greens, tees and approaches so the fairways will not gain that benefit. 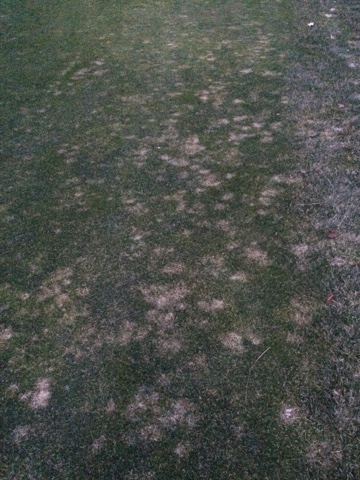 Snowmold already starting on 18 fairway of Greywalls.  Snowmold on the fairways looks ugly in the spring but usually does not kill the entire plant and recovery is rapid after vertical mowing followed by warm temperatures. 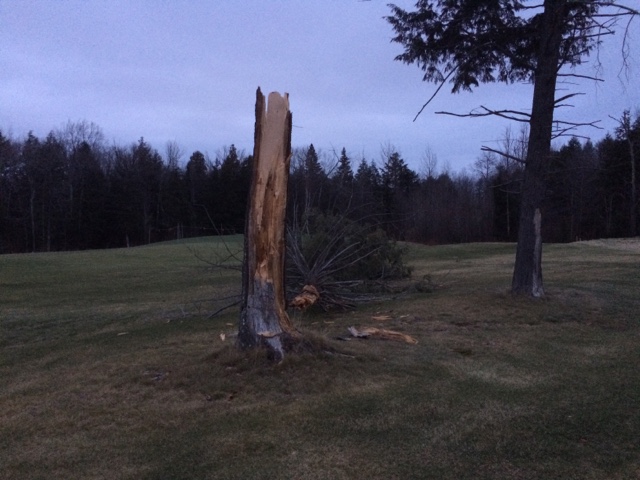 High winds have brought down many trees on both courses already.  We will be busy in the spring cutting lumber and grinding stumps.
Here is a hemlock down on 14 Greywalls 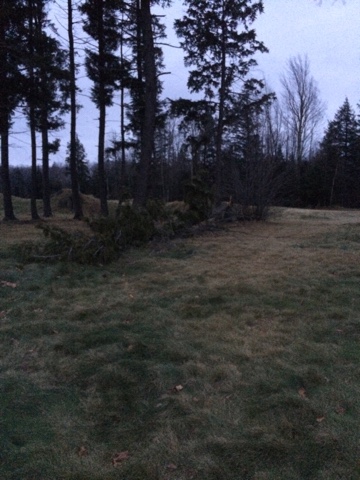 Another Hemlock down on 18 Greywalls
Posted by Craig Moore at 5:29 PM