Wildlife on the Heritage Course 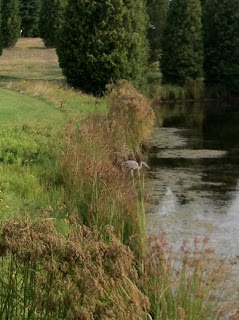 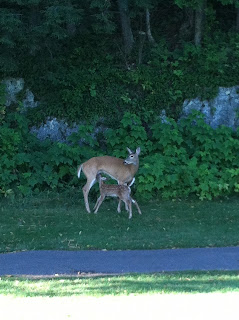 Mama deer nursing her little one on #16

Posted by Craig Moore at 6:51 AM No comments:

We are in the middle of a dollar spot out break in the fairways.  We have the perfect environmental conditions for this fungal disease to thrive right now; warm moist air and saturated soil conditions from the heavy rain before this warm spell.  I treat the Greens and Approaches for dollar spot so they are free and clear but the fairways have quit a population spreading at the moment. 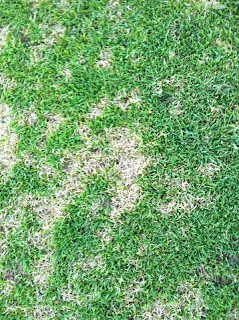 Close up look at the fungus 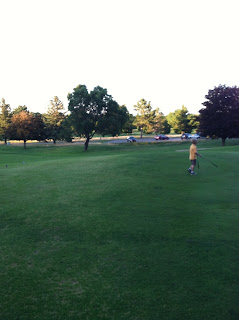 Here is the Fairway/Approach line on #13 Heritage.  You can clearly see my spray line.  My son Boden is standing just over the approach line and the fairway is behind him, which is completely infested with dollar spot.  Cooler drier weather ahead will slow the spread of this disease.
Posted by Craig Moore at 6:30 AM No comments:

Sunrise was spectacular this morning 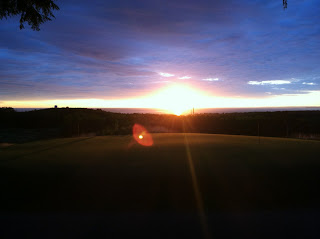 A cloud deck held the rays of light low 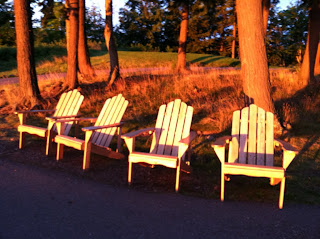 Everything was glowing orange for 20 minutes until the sun disappeared behind the clouds
Posted by Craig Moore at 1:59 PM No comments: 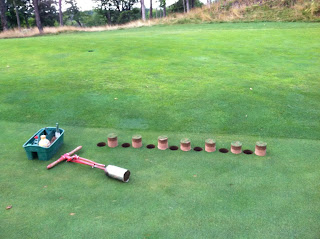 We are still in the process of moving plugs of ice damaged turf off the center of the greens towards to edge.  We have moved hundreds of them!
Posted by Craig Moore at 1:56 PM No comments: 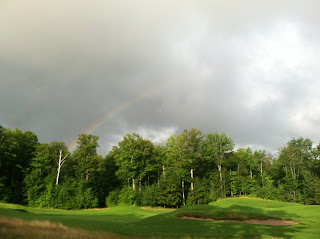 Rainbow above Number 11 on Monday 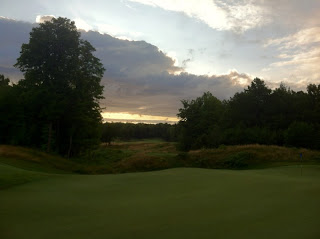 A look down the Greywalls 12 hole from 11 Green bank
Posted by Craig Moore at 5:06 PM No comments: 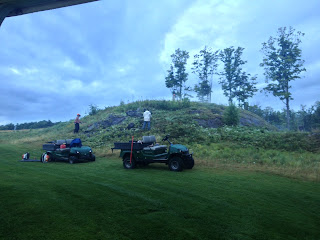 The Greywalls boys completing some early morning Grooming on #8 Tee Rock
Posted by Craig Moore at 5:04 PM No comments:

We took the time this week to solid tine aerify the clean-up passes on Greywalls before topdressing the greens.  The edges take extra abuse from our mowers during the season and this practice remedies the situation. 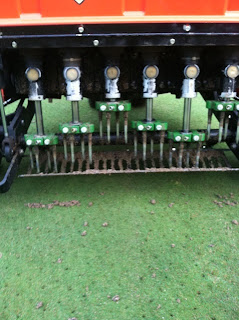 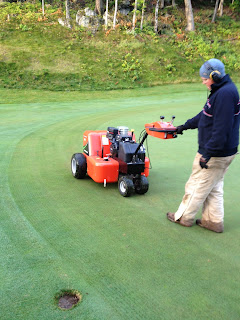 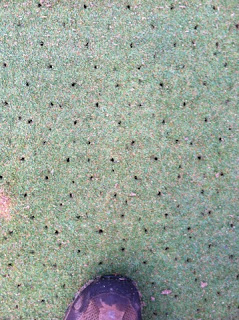 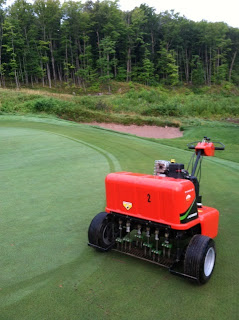 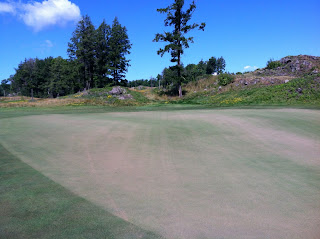 Topdressing sand on the green prior to dragging with our coco-fiber mat
Posted by Craig Moore at 5:03 PM No comments: 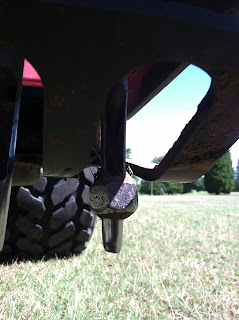 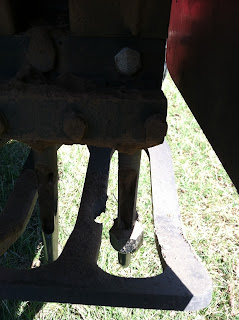 While doing the aerification on the Driving Range to smooth out the ruts left after the Beacon House outing we found a missing bolt from several years ago.  What are the chances that this would ever happen again!

Posted by Craig Moore at 4:56 PM No comments:

Funny how we can can tell the greens are really starting to roll well by the amount of divots taken out of the putting surfaces.

Please control your anger and relax - it is not that bad 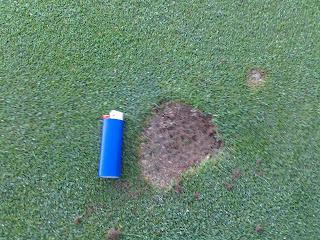 I put a recycle tote down at each cart barn by the Trash cans.
If everyone could please put their recyclable plastic, glass and metal in these bins and not in the trash we would greatly appreciate it. 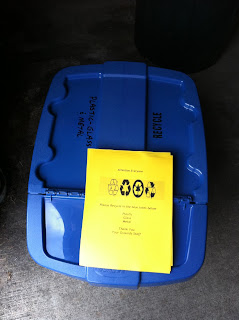 We had a malfunction of the Heritage Irrigation controls a couple of weeks ago.
A lightning storm caused the booster pump to stay on and burst the pressure tank then it continued to run until it overheated and shorted out.  At that point the irrigation heads lost their hydraulic control pressure and one by one every head began to come on; until the main pump-station failed to keep up and shut down.
I had the pump motor rebuilt and the pump repaired at Superior Electric and I went around town and gathered up a new pressure tank and all of the plumbing parts needed to make the repair myself.
We were back up and operational within 4 days. 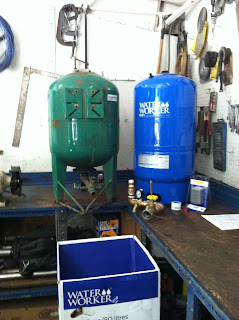 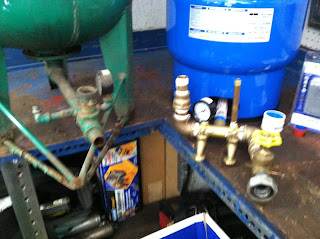