The winter of 15'/16' had a late arrival.  Preventative Snowmold fungicide applications were made in late October and early November in anticipation for our usual snow storms in mid-November.  Instead of snow we had many rain events until the snow finally arrived and stayed around Christmas.  The excessive rain after our fungicide applications has put our turf at risk of Snowmold damage.  The fungicide products will not be as effective....if we had a long winter.
If this second week of March is any indication it looks like we will have an early spring.  A Major melt off is happening right now and it will continue right through next week.
Snowmold fungus is very active during these melt off weeks.  The sooner we get our surfaces exposed to dry out the better this spring because (as stated above) we are at an increased risk of damage after the excessive fall rains after application. 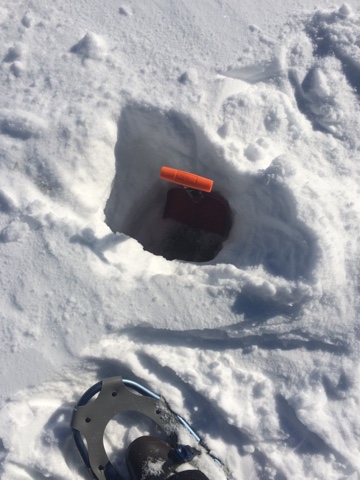 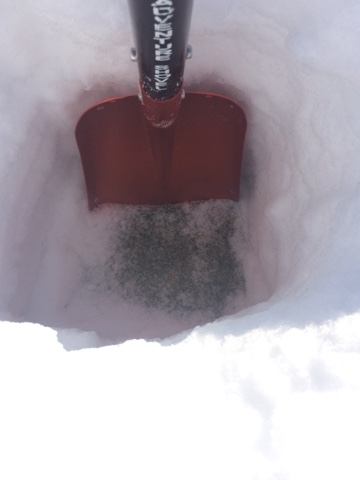 3/4/2016 the fairway turf looks healthy under the snow 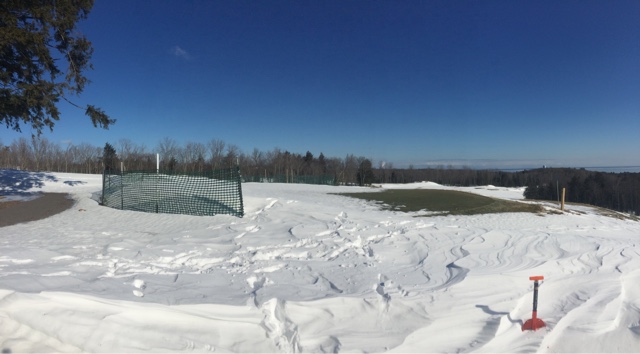 3/4/2016 a short lived warm up a few weeks ago exposed all of the wind swept areas.  Sections of the putting green on top of the hill (as seen here) and some peaks on several fairways are open. 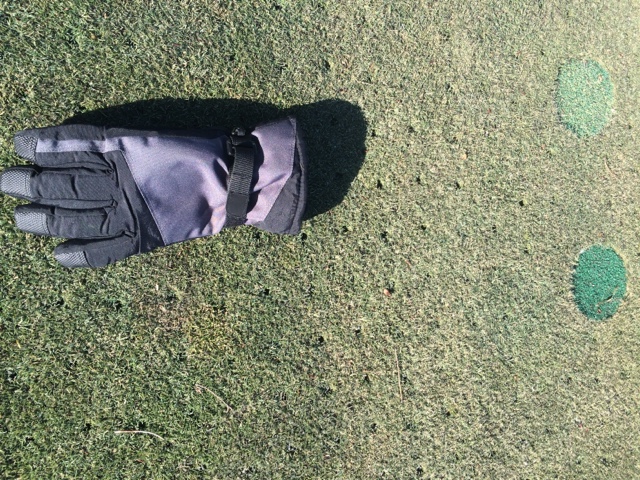 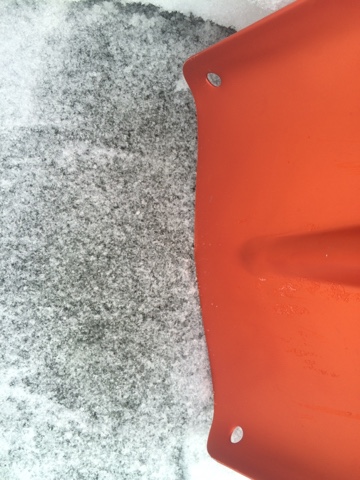 3/4/2016 almost every green I checked had ice on the surface under the snow.  A 50 degree weekend several weeks ago must have melted enough snow to create a water layer which then froze up on the green surfaces.
Ice causes turf loss in two ways
1) Durational kill- when it is on the surface for extended periods of time 60-100 days.  Trapped gases from the soil will kill the plant crown.
2) Crown Hydration- This kill happens when the grass plant has broken dormancy and begins to take up water and grow then it freezes again thus bursting the plant cells.
I am not worried about durational ice kill this year because the ice only formed a few weeks ago.  Crown Hydration ice kill is what we could still get this season along with kill from cold temperature exposure 'if' we get a very cold snap after melt off. 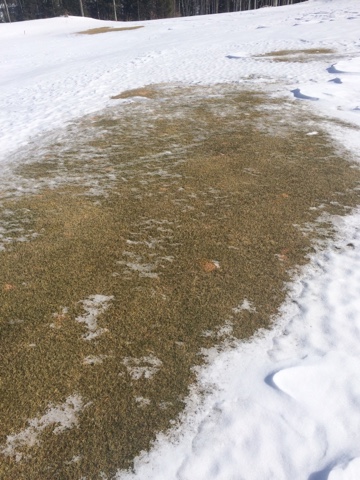 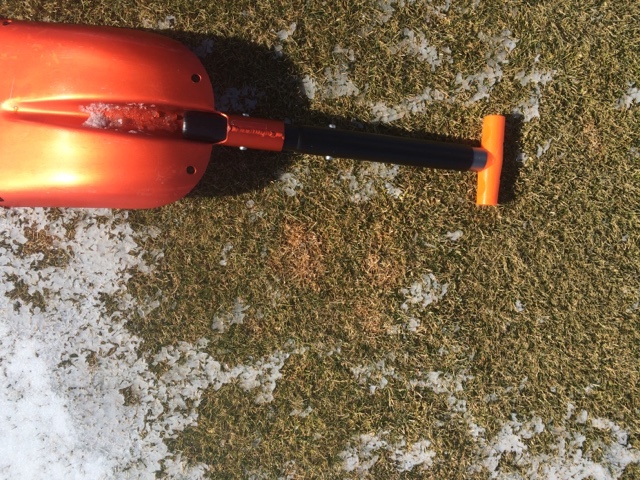 Closer inspection reveals the brown circular areas as damaged poa annua turf plants growing in the fescue/KBG fairways.  Winter can help us get rid of unwanted turf species.... If only we could control those climatic conditions. 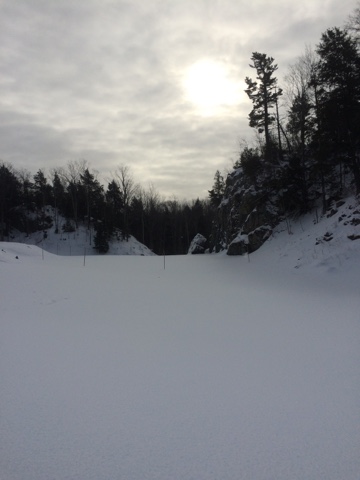 Number 5 on Greywalls still covered well last week.  This weeks warm weather should open up and expose large areas on both courses. 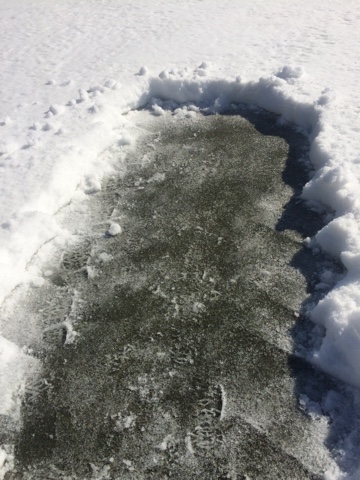 3/7/2016 this is 16 green on the Heritage.  The snow pack is less than a third of what is found on the Greywalls course but the ice layer is also present under the snow.  As stated above this layer only formed a few weeks ago and should melt off within a week on these putting surfaces. 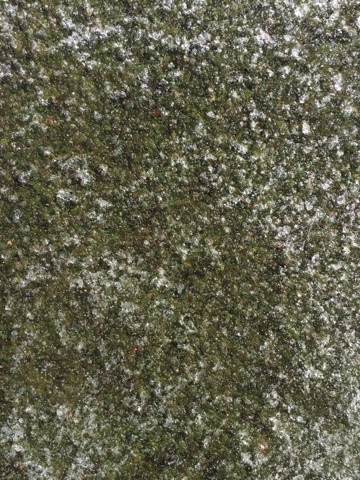 Time will tell but an early Spring looks to be in our forecast 🏌 ⛳️
Posted by Craig Moore at 2:03 PM