The original green surfaces were identified last week on the dome greens of number 1 and 14 on Greywalls.
The greens were constructed using a 16" root zone of sand; which was mined deep within the boundaries of the current 11th fairway.
This modified 'California' green construction style allows us to identify the original perimeter because the sand on the green differs in color and texture from the soil found outside the green well. 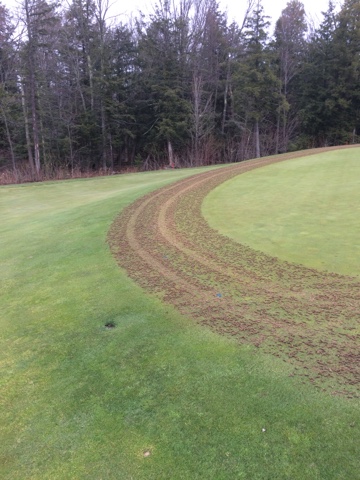 We identify this edge by running an aerifier around the perimeter and looking at the cores.  It really becomes apparent after the cores begin to dry.  The sand is lighter and a bit coarser in texture than the surrounding soil. 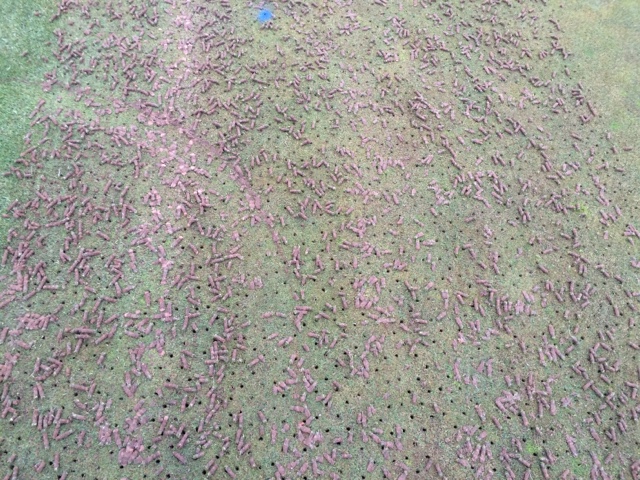 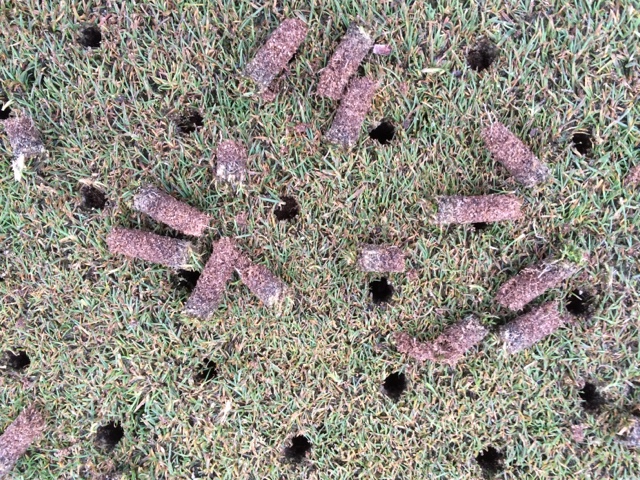 A close picture of the cores 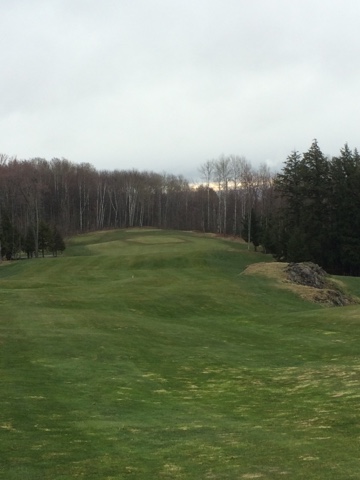 Number 1 green with the cores around it. 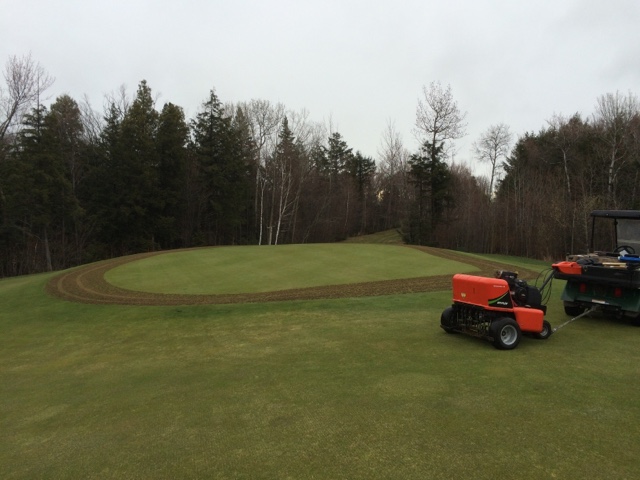 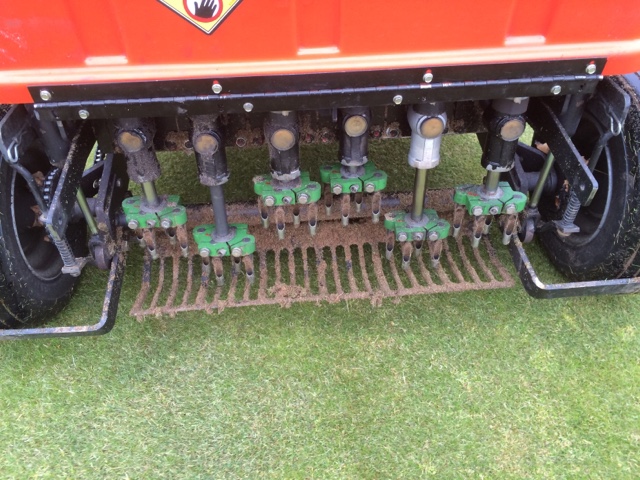 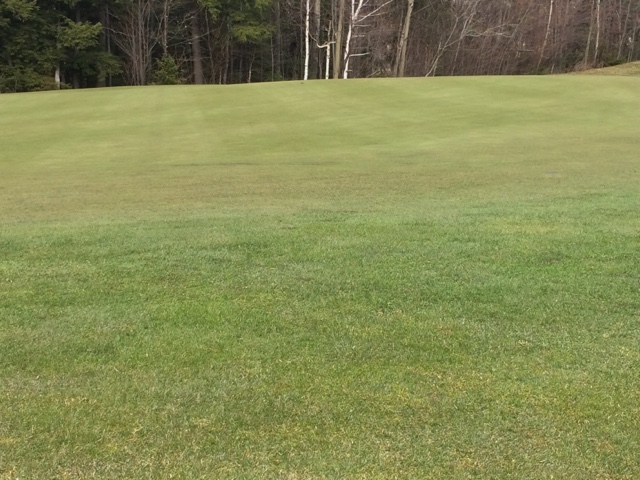 #14 post core cleanup
Before cleaning up the cores I go around the perimeter and mark the original edge with blue turf paint. 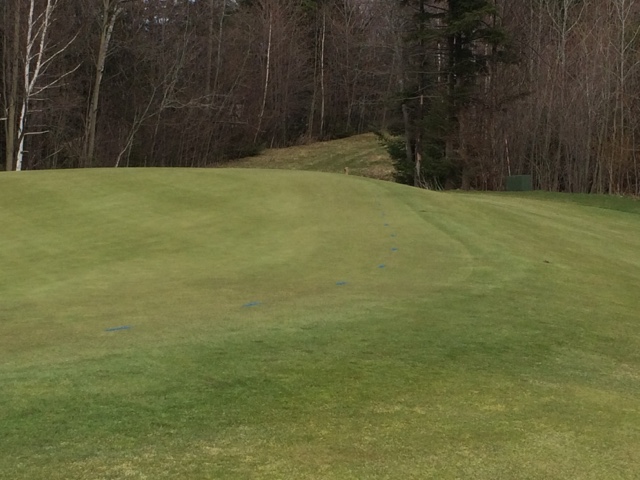 #14 green
If you zoom in you can see the edge marked in blue paint.  This edge migrated down the slope several feet in some locations over the last 10 years.  Mower creep easily happens on these two green surfaces as gravity assists mower slide down the slope.  The movement happens a 1/8"-1/4" at a time; which adds up over 10 years of daily mowing. 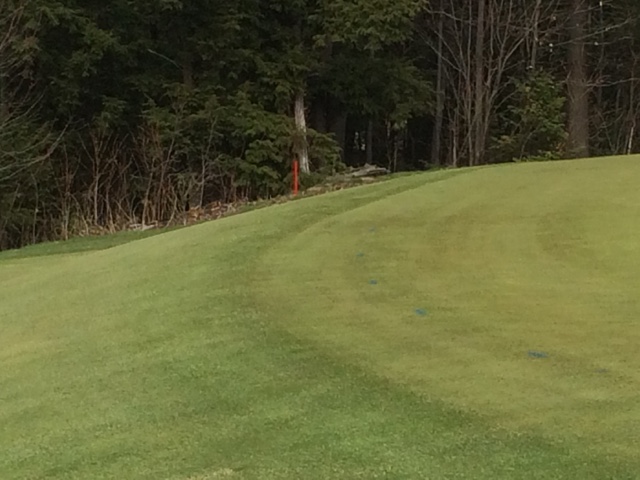 #14 green left side; again zoom in to see the blue line.
Mower creep on these two dome greens has an increased effect on the game over creep on other green surfaces.  The shorter turf on the edges speeds up ball roll; which makes the green play a bit more difficult. 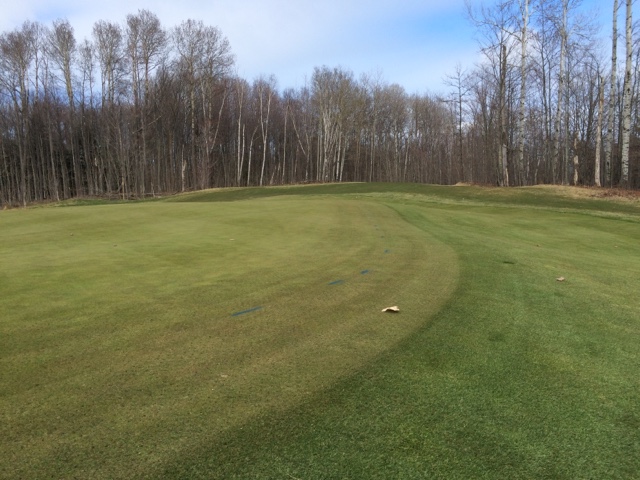 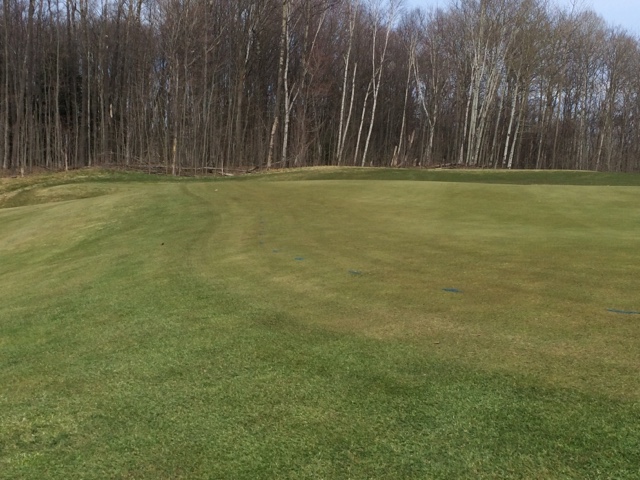 #1 green left side
Every green edge, approach edge and fairway edge was remarked this spring before mowing the Greywalls course.
Changes to the edges occur over time on every mowed surface.  It is better to see the mow edges move out than in because those are easier to adjust.  When mow lines move in (like what was allowed on the Heritage course) much more work, time and money is invested in moving them back out.
Posted by Craig Moore at 7:40 AM